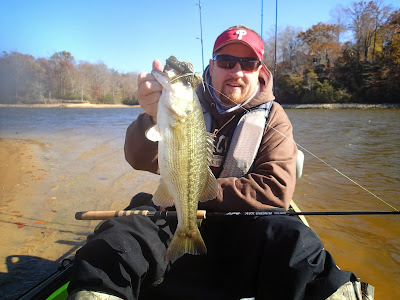 This past weekend with the winds predicted at 15-20mph. I decided to hit the sweetwater for some largemouth bass action. I had only a few hours to fish each day so I hit a few public lakes here in Williamsburg. 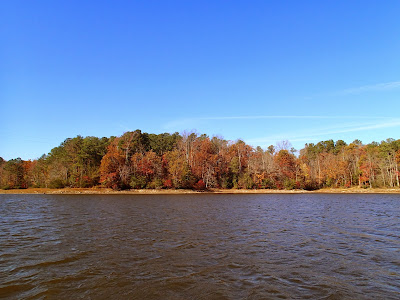 I tried throwing spinnerbaits and cranks in the deep drop offs. Nothing, not even a strike.
I decided to slow it down a little and start throwing some craws and worms. I found some stumps in about 8ft of water off a main point and starting pitching a NorthStars custom swim jig with a PTL 4.5" Conviction Craw. The first cast bounced off the stump and I had a "thump" before it even hit the bottom. This nice 17" chunk to start the day. I took that pattern to each little point I found and consistently caught fish; 9 fish between 15"-18" 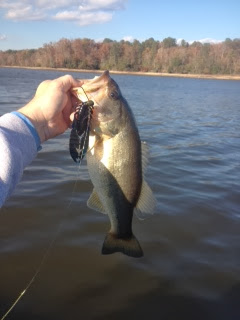 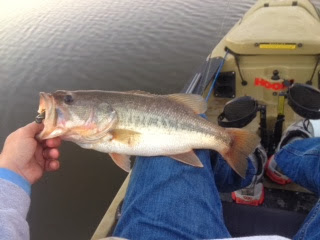 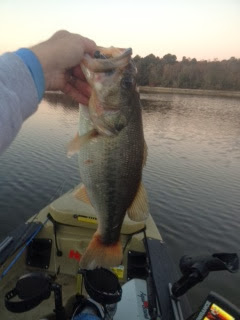 The next day I got on the water about the same time. I had patterned these fish pretty good the previous day and was going to continue more of the same. Today was a little colder and windier. Trying to stay in one spot wasn't working out to well. I had only landed 3 smaller fish (12"-15"). I missed 2 or 3 good bites today. I had 1 bigger fish on for a few seconds and shook off.

I scouted some more of the lake out for future trips. I then came back to the spot I missed the big one. With the winds calmed down I made it to the stump quietly. I made a perfect cast just inches from the stump. I could feel the bait bouncing off it on the way down. Once it hit the bottom I left it for 30 seconds or so. I made one hop off the bottom and "tick"! I set the hook hard and knew this was a little better fish. Not a bad way to almost end the night! 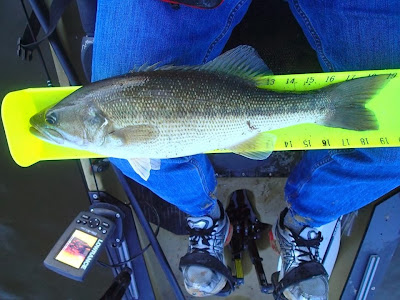 For those of you wondering what bait's I using; here you go! 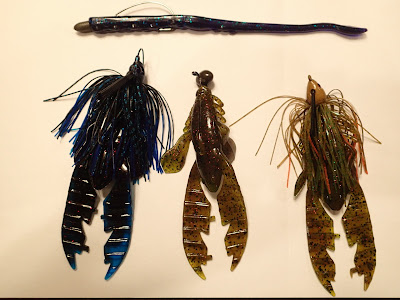 The last two days I used the 4.5" Conviction Craw with a 1/4oz Tick Shake and NorthStars Custom Swim Jigs. I caught about the same on both green and black/blue so I have two favorites. When the craw bite slowed I tossed the 7" Tickler in Junebug with a 1/8oz Tungsten screw-in weight.
You can't forget the special ingredient, the magic that pulls it all together!
I soaked these in Hog Tonic - The best scent on the market!!
Please check out their baits and scents!
For a 10% discount click here -->> PowerTeamLuresDiscountCode.

Breaking in the new rods...

When I arrived home from work on Thursday, there was a unexpected surprise waiting for me. It was a package from Bill Merrick and Chad Hoover from ALL PRO RODS. It included 3 APX Graphite Pro Series Spinning rods, 7' med and 7' med/light. Check them out at www.ALLPRORODS.com.

With my new rods in hand, I needed to try and hit the water soon! I called fellow APR Pro Staffer Richie Bekolay to see if he was available to fish Saturday morning. And he was game (as usual)! Although, it is a tough decision this time of year with deer season underway.

I met Richie at the ramp before light to see if we could get on the early bite. Just as we were leaving the ramp, a fellow kayaker greeted us. This wasn't just any tall, sleeveless man at the ramp. This was Forrest Short! For those of you who don't know this man; he's the local Speckled Trout Master. He has 30+ Virginia Citation trout this season alone! Not to mention all the Freshwater citations!

We all arrived at the vortex trout fishing hole (Forrest's nickname for this spot) together and pulled the kayaks up in the grass. When your fishing with a guy like Forrest, you let him pick his spot first and then span out from there. It didn't take him long to show us how its done. First fish up was a beautiful 26" citation! Forrest continued to teach us how it's done with two more citations, 24.5", 25"! He kicked our butts! And it was great to be able to fish with him for a few hours. It's amazing what you can learn from watching such a great fisherman. 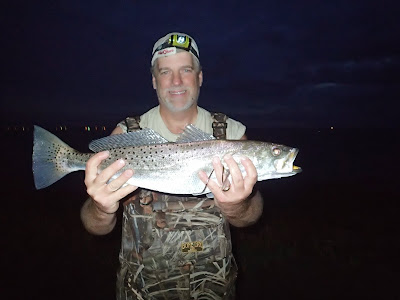 
A few weeks prior to this trip, I had a huge trout launch completely out of the water and missed my Skitterwalk. I had the image of that trout in my head for weeks. So I left Forrest and Richie to head over to that spot. I know that it's ridiculous of me to think that that fish was going to still be in that area, but I had to try.
I made it over and quietly and pulled the kayak up on the bank. I grabbed my 7' APR Pro Series rod and made my first cast and nothing. On the second cast I was retrieving my Mirrolure, when I felt just a slight bump and set the hook (now that's why you want a sensitive rod). My reel started peeling out drag, and I knew this was a better fish. After only a few runs, I thought maybe it was a good red fish, but then I got a good look. This was a stud of a Speckled trout at 26 1/4"!

Could this be the trout from a few weeks ago? I'll never know but I'll take it! I put the fish on my lip grippers and made my way back to the guys. Richie was in the middle of landing a nice fish himself, a 25" striper. The day ended with us landing 4 citation speckled trout and a couple of nice stripers. A great way to break in the new rods! Thank guys, we have to do that again soon!

HOOKED UP
Posted by Joe Underwood at 6:50 AM No comments: