There has been quite a few reports lately of puppy drum and lots of them. So I decided I was going to head out and give it a go. I called a couple of local fishing buddies and got a few heck yeahs and a few maybes. Either way I hitting my local hotspot bright and early Saturday morning.

Today I was joined by my buddy Richie Bekolay from Hook Line & Sinker (Richie's Report). Richie has already been on the puppy drum the last few weeks and we quickly decided where we were going to start.

Immediatley I got a blowup on my Pink Skitterwalk but I missed that fish. The very next cast I had what I thought was a little striper popping at the lure. After a few retreives I had a little better blowup and set the hook into this nice 23" Specked Trout. Richie took a few quick pics for me and I got her back in the water. This was a good sign because I haven't heard many reports on decent specks being caught.
Richie and I made our way to another flat and almost immediately I hooked into a pretty good red. While I was realing this fish in I quickly realized there were about 30+ more reds swimming with it. I told Richie who was only about 40 yards away to make a cast at my line and he hooked up right away. This was some good teamwork and he made a perfect cast not to interfere with my fish. 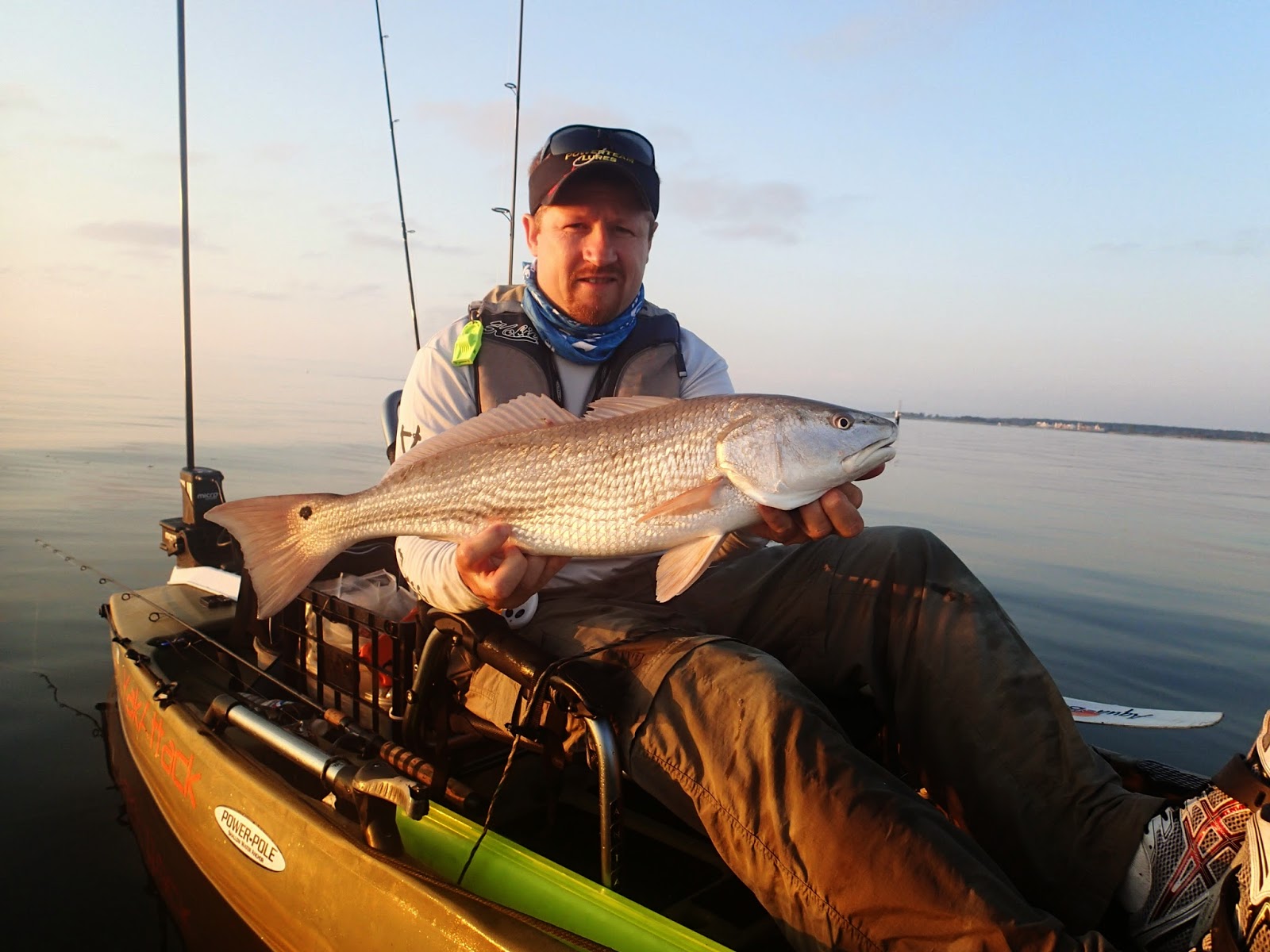 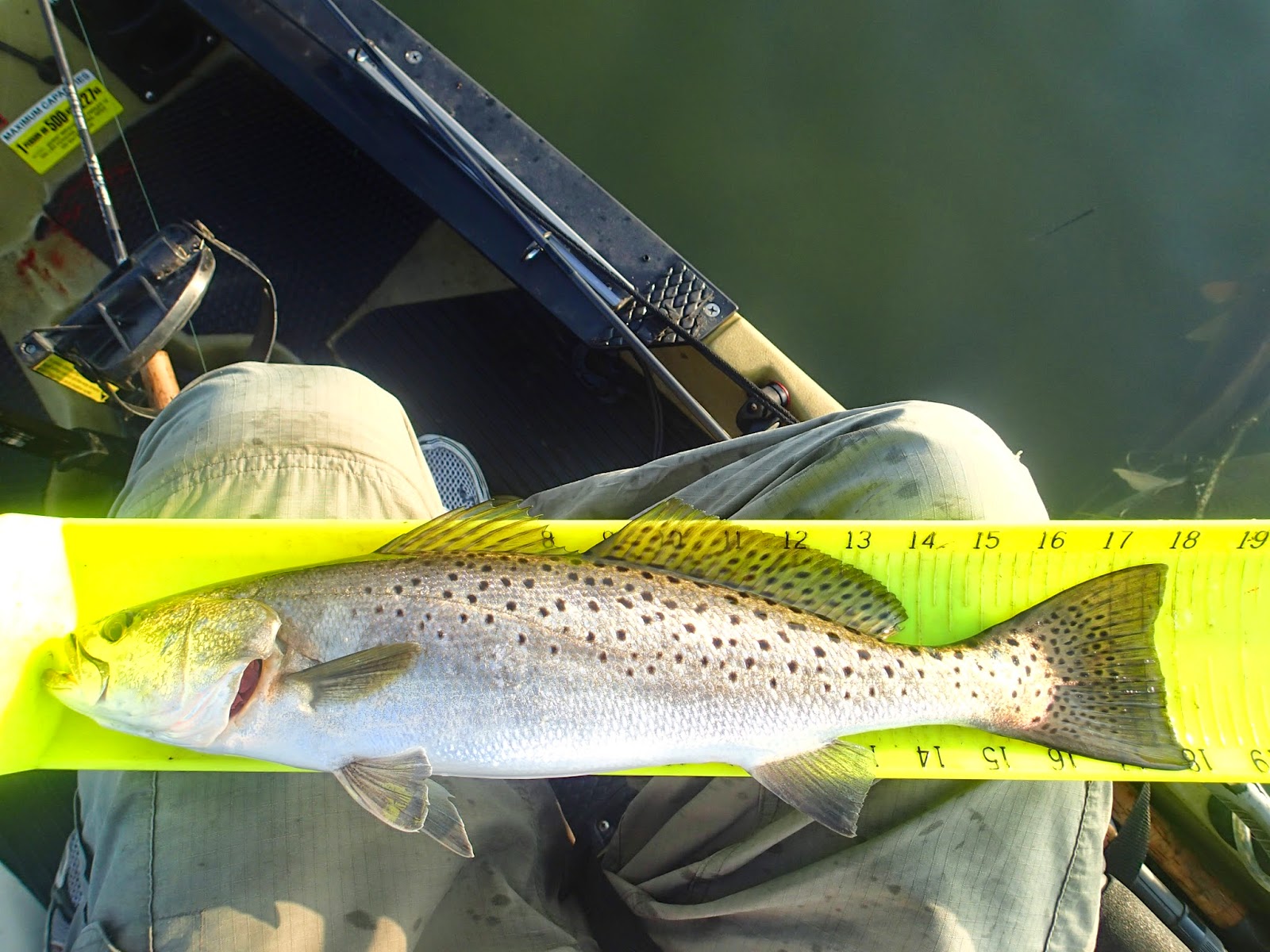 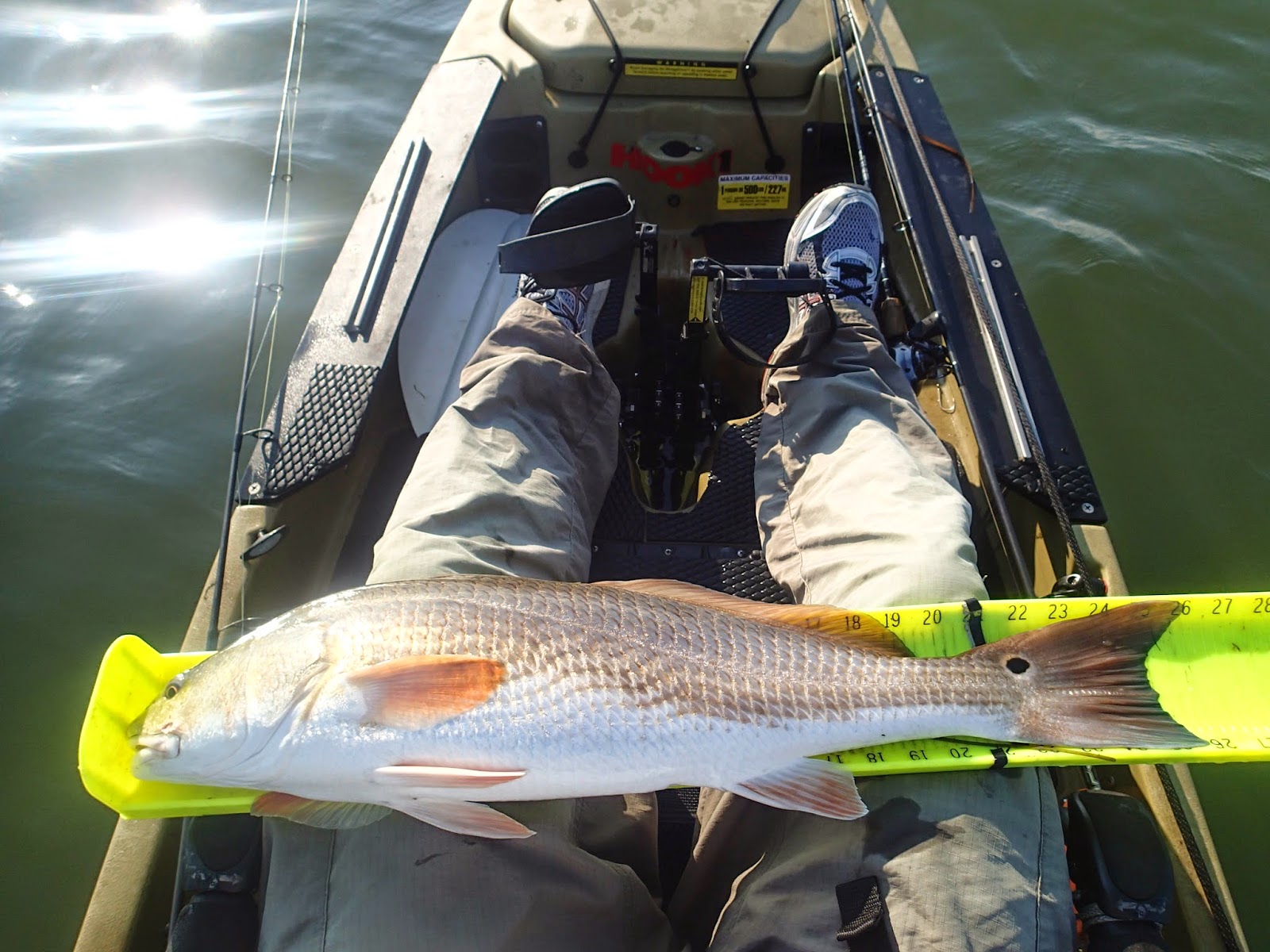 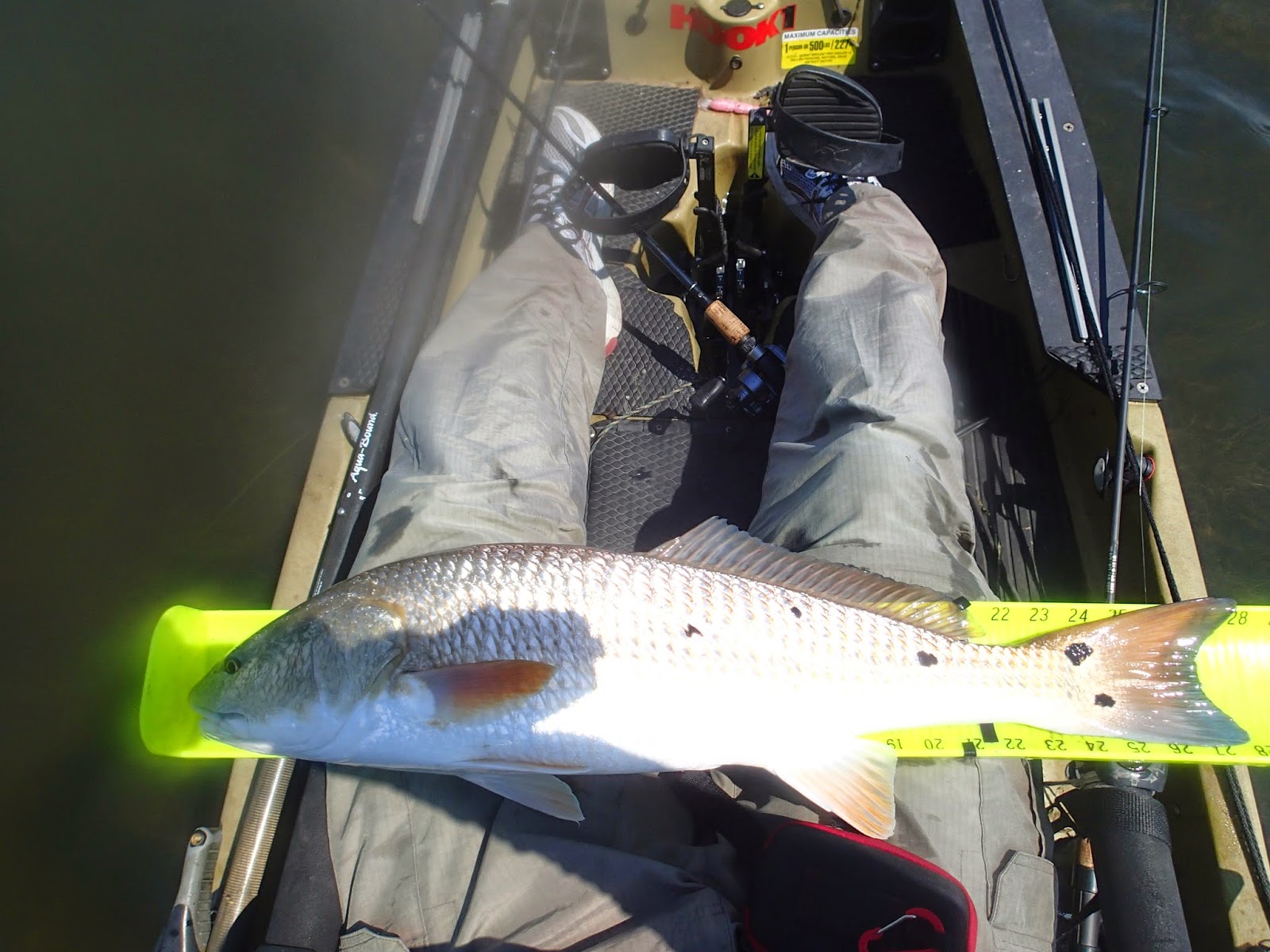 For the next few hours we Hammered them. Well, I Swinging Hammered them... Gold Digger, Electric Chicken and bubblegum flash. Biggest red of the day was 28" with quite a few in the 26+ range. Landed a couples specks up to 23" so all in all not a bad day on the water.

Posted by Joe Underwood at 1:01 PM